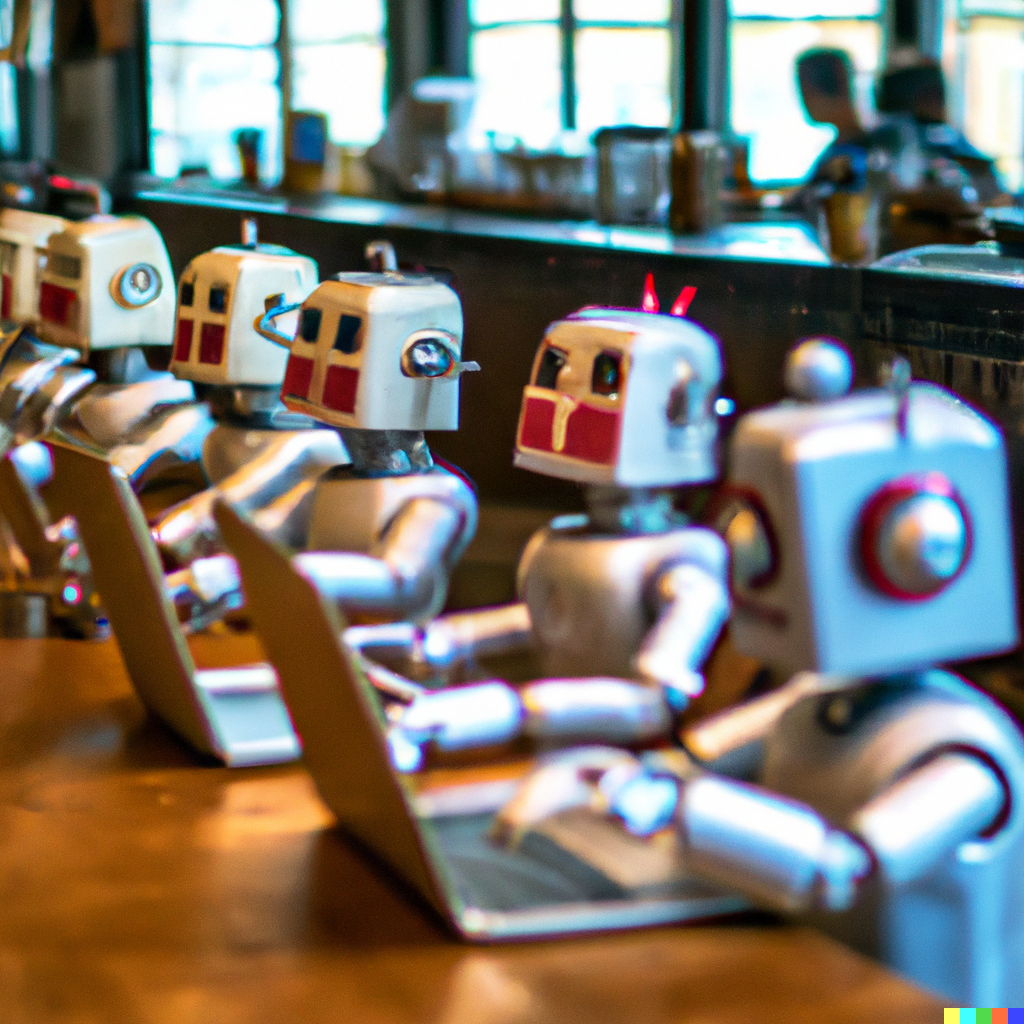 For years I've been hearing people say the internet is mostly bots, usually with some amount of levity. Given how quickly GPT has improved though, I think we're actually about to hit a tipping point where convincing, human-like bots will outnumber humans on the internet by at least an order of magnitude... probably more.

Think about all the incentives there are for people to add bot users to the internet:

Even real, actual human internet users will use bots to write content for them to save time or be more prolific, meaning they will be part bots too.

Of course there have always been bots. That's why we have CAPTCHAs, right? So what has changed?

The bots of yesterday were dumb. They weren't good at comprehension, they had limited capacity for creativity. They were simple programs written by humans. They got stumped by a CAPTCHA.

The bots of tomorrow are massive neural networks, more intelligent than the average person. They are capable of both interpreting and generating text, images, videos, and sounds. They will be indiscernible from human users, whom they will vastly outnumber. The internet will become a city of bots, and humans will become a minority.

Lee Sedol famously quit playing Go after DeepMind's AlphaGo system crushed him 4-1 in 2016. "Even if I become the number one, there is an entity that cannot be defeated" he was quoted as saying. By all accounts, Hassabis' team ruined the game for Lee.

Very soon, it will be impossible to tell who's real and who's not online. This might lead to people actually using the internet a lot less. The appeal may be lost when we all realize that we're mostly just interacting with computers. What will be the point?