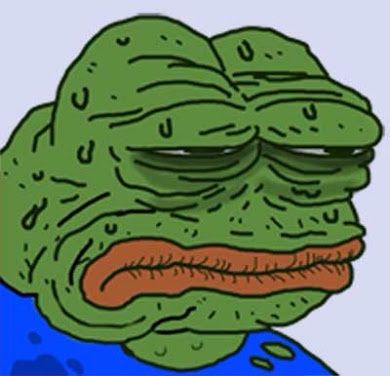 I need to get this off my chest.

I've been having good success lately trading SPX FD's (faggots delights; weekly options). I buy them with as little time premium as possible and leverage the fuck out of the SPX. A 0.2% move equals 100% gains etc etc.

Anyway, a couple weeks ago I made 100% in under an hour doing this. It fucking works. This morning I went for it again and it went beautifully and then I made two mistakes in a row and I knew they were both mistakes as I made them. So I am writing them down so I can hopefully avoid them in the future.

The setup is simple. In the first 10-15 minutes of trading, if the S&P is showing a clear direction one way or the other, just bet on it. Buy 10-20 SPX FDs. It's so simple it's retarded but the S&P tends to follow its initial trend throughout the day.

On the way to the studio, I checked my phone and saw my calls went down to 1.10. I said fuck it, this is just a minor retracement and it will continue to keep going up. So it did. And then it fucking climbed until the calls were going for 5.0, 5.3, 5.5. I felt smug as fuck because I had just tripled my money right?

Well I was feeling greedy and waited to see if it kept climbing. This is when it settled out where I have the 5.5 label on my chart. I could have taken a $5,000 gain but I didn't because I thought the position still had some juice.

After it went sideways for about 15 minutes, I decided the move was over and I should take profits. I opened a sell, but it was a little greedy. I opened it at 5.50. I saw it go up to the point where 5.5 was the best ask. I was sitting there staring at my monitor watching the 5.5s get filled, and yet mine didn't. I was begging it "just go up a little bit more". That's when it started to crash (around 11:30).

I was cursing out this sell-off but it seemed completely rational that it would happen. After a move like that there's often a retracement about 30-50% back down. I waited to see if upward volume kicked back in after it seemed to bottom out and it fucking didn't. I was sure it would continue on the uptrend throughout the rest of the day, so I just opened a stop loss at 2.2 and told it to fuck off.

Well the stop loss gods fucked me and somehow it fucking filled. I never saw when because it was a split second when it hit 2.2 and came right back up to 2.6. So I got completely fucked out of my profits.

And then wouldn't you know it. It's back up now much higher than it went before, and I basically fucked myself out of 400% profits by staring at the chart and panicking like a little bitch. Had I just bought these and taken a nap for the rest of the day, I would have made 6-8 thousand dollars only having risked 2.5.

The hardest part of this for me is I already knew that the market moves in patterns like this. And yet I was too much of a pussy to just hold, and too much of a greedy cunt to take 200% profits when I had them. So both of these combined cucked me hard core. I should have made 200-400% here but I didn't. Hopefully I never make this mistake again. 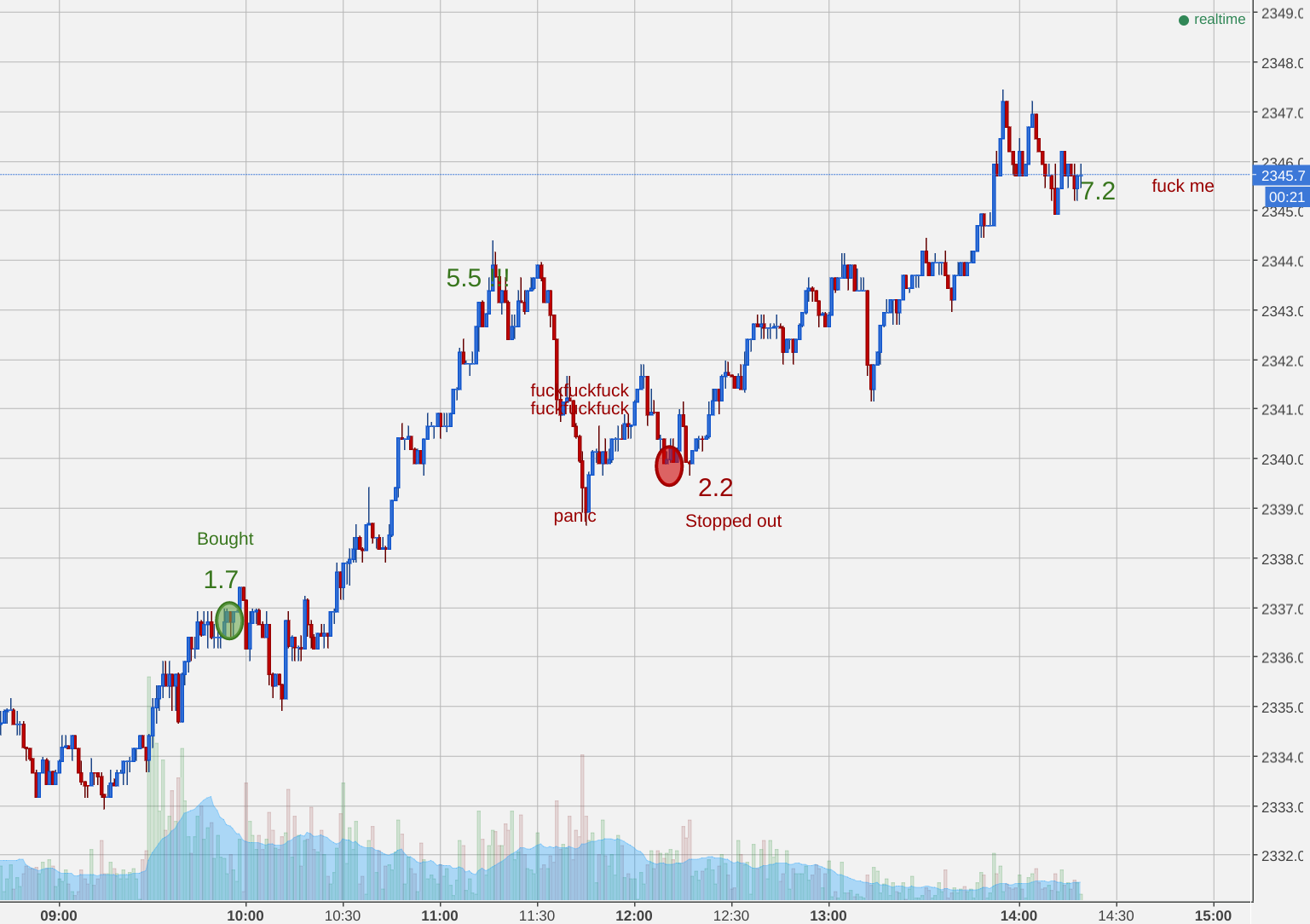